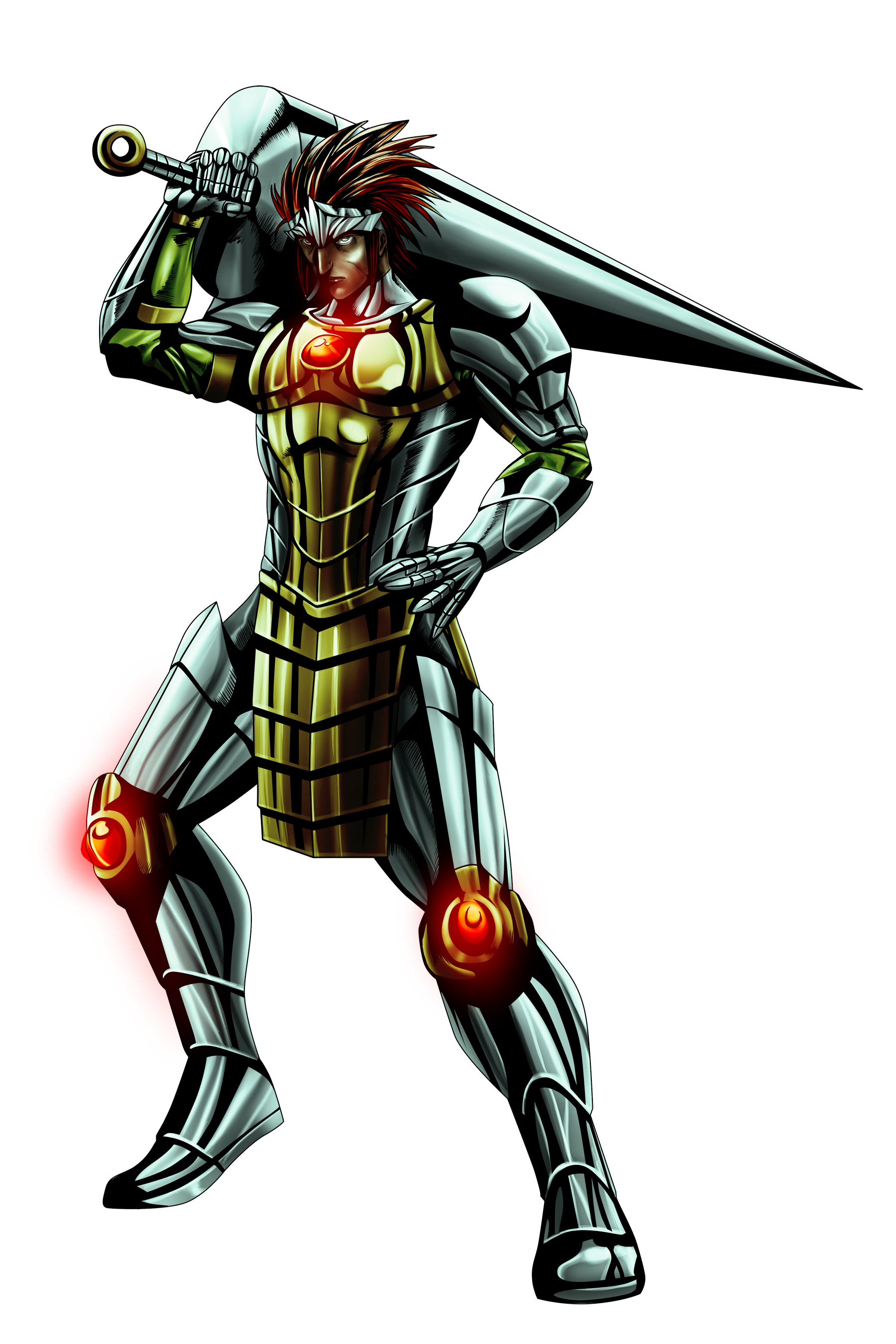 Armehd is a legend and hero from the desert city of Annox. Armehd had become famous around the world as the man who defeated an eastern sand dragon with his bare hands and who was said to possess the strength of 10 men. Word had spread all throughout Hasphal about the legendary Armehd, this had caught the attention of the Ridders who were sent to investigate a kelt who seemingly possessed abilities of a jeht. His DNA was tested and he proved to be of kelt origin, but possess an uncanny level of muscle and bone structure that dwarfed even the strongest jeht.  Armehd had become the oldest recruited Elite Ridder at age 30 because of his special abilities. Armehd had proven to be a great leader and humble celebrity to the Ridder organization which subsequently increased his legend as his feats as a Ridder continue to ring all throughout Hasphal.

Armehd was born with 10 times the muscle and bone density of a kelt, this makes Armehd extremely strong and durable. Armehd’s durability, however, makes him really heavy, although he retains average speed and agility. Armehd has been seen to be able to lift 10 to 15 tons but his actual limits have never been tested. Although Armehd does not have above-average speed his density makes him almost immobile and once he starts to move he becomes a violent battering ram destroying whatever gets in his way.

Armehd’s weapon of choice is a giant lance weighing in at one ton that he swings with ease and precision. Crafted especially for him by Prince Raj of Annox after he defeated an easter sand dragon with his bare hands that was terrorizing the city.