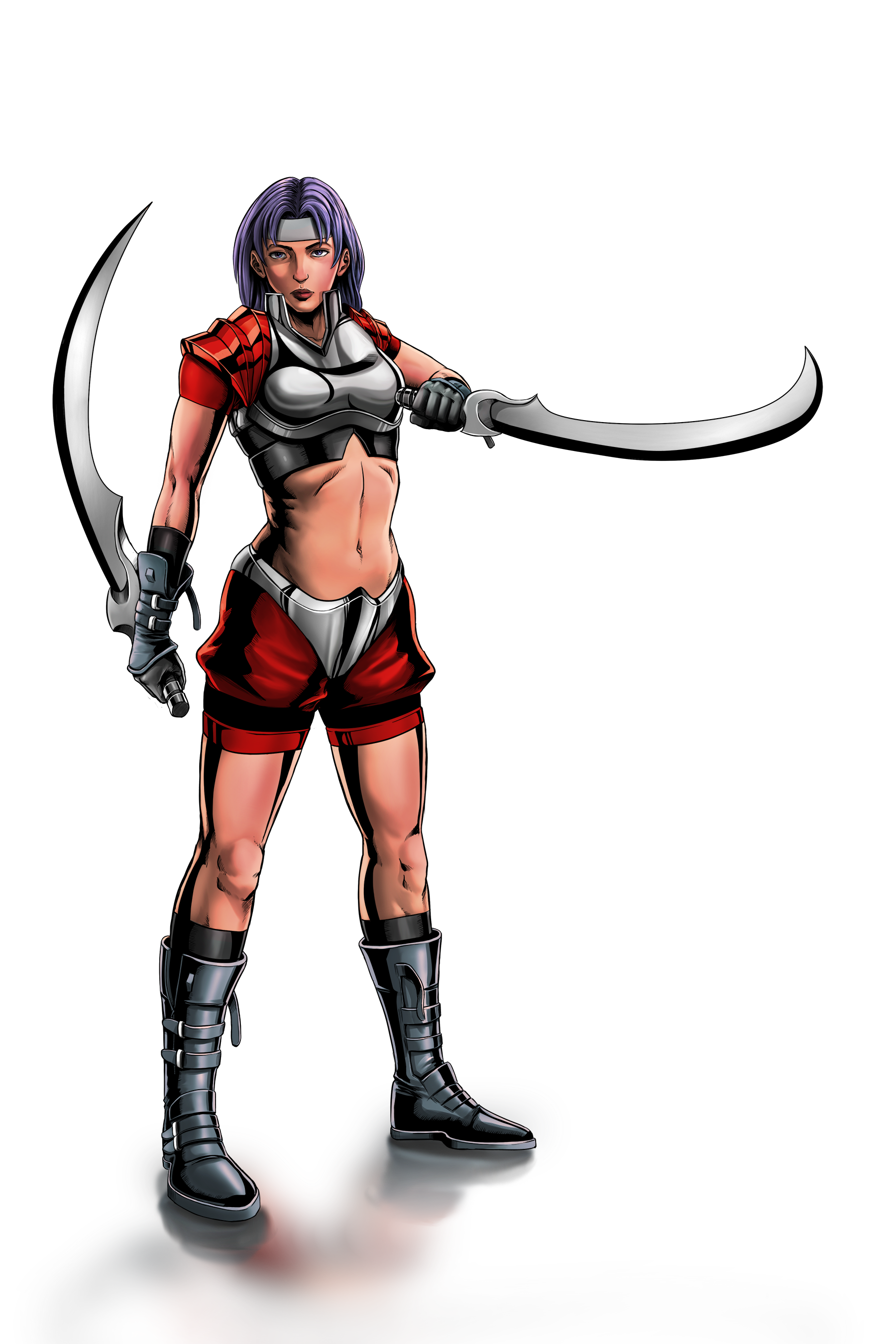 Emil was very young when the demon girl named Sen killed her schoolmate and friend Niraku. She knew of the strange quiet girl that would tag along with Niraku never speaking only brooding and dull. Niraku being full of life would protect and defend Sen’s odd and almost alien behavior. This was the one that took his life and change the life of everyone in the small town of Nionlah. Emil and her peers grew up hating Jehts because of this as they eventually joined the Ridders. Emil became a Ridder captain and vowed to protect her loved ones from the same fate her friend Niraku once did.

Emil is a Ridder an advanced soldier that learns deadly techniques of martial arts and weaponry such as swords, knives, bow and arrow, crossbow and rarely firearms. Any weapon is lethal in the hands of a Ridder. Ridders are trained to take down supernatural and magical forces using strategic and combative maneuvers. Ridders learn from the monks of Martholin to harness their life force(chi) in order to increase physical and mental fortitude as well as leverage it into their limbs to increase the effectiveness of their attacks. Ridders are taught to operate in troops, although they may be extremely dangerous individually a group of Ridders can prove to be an almost invincible force.