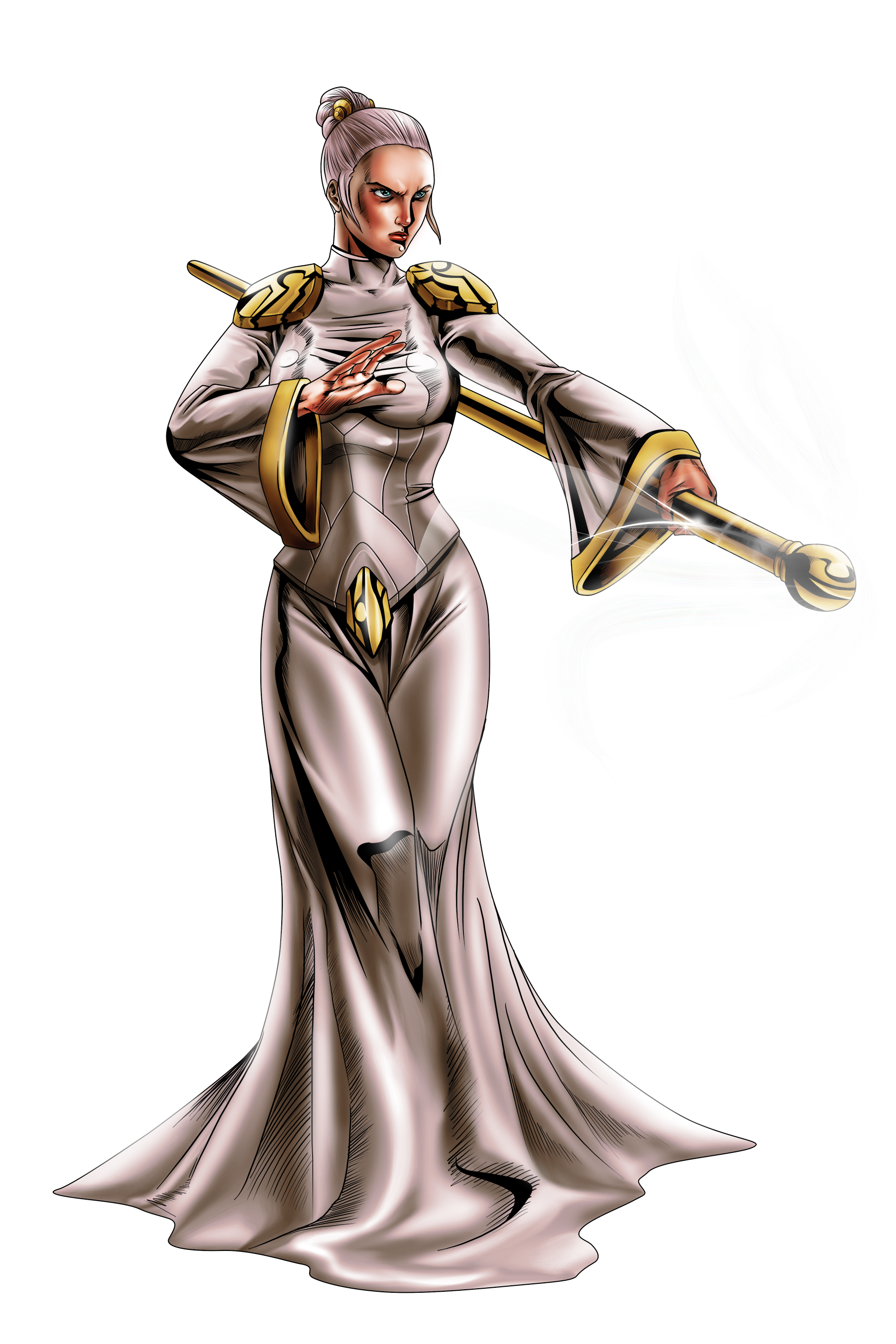 As a child, Whitney stumbled into a Gaddock shrine that people were praying to for healing and guidance. As she grabbed one of the instruments a miraculous event in which the light shined directly on her activating the instrument that caused a sense of euphoria throughout the shrine. Whitney healed everyone and became the child with the gift from the Gaddock. Whitney was then brought up into the church and taught to use her abilities in service of the Gaddock. Whitney’s childhood was stripped away from her as she was soon recruited to the Ridders for her special abilities. Whitney was the first Elite Ridder and has had the most experience. Her life in the shrine made her dedicated to her cause and discipline in her duty to the Gaddock.

Whitney has the ability to increase the metabolic rate of an individual by directing and storing the sun’s energy into a consumable form through a staff from the ancient kelt. This increases the speed that a person can use to heal and feel energized. Whitney can also fashion this light into a temporary shield by stacking enough light energy around an object. Whitney can also project concussive powerful bolts of light from the staff subsequently knocking her opponents back or burning them.